It’s Our Work to Do

Minnesota was shaken with the murder of George Floyd May 25, 2020. The trial of the man who caused his death is coming in March. Even though racial disparities in Minnesota are not a secret; they are well known by people working with folks experiencing them. The shock of Floyd’s killing and the violent aftermath raised serious questions about racism and its consequences in Minnesota and the US. During the violence following Floyd’s murder and for the first time in the almost five decades of Loyola’s history, the building was boarded up as was St. Peter Claver parish church next door.  Loyola staff reached a new level of awareness of racism. Loyola’s building is located in the historic Rondo neighborhood. This location is significant because red-lining in the 60s allowed the city to put I94 through the middle of Rondo. 600 homes and 300 businesses that made up the vital Rondo neighborhood were destroyed. And, that’s just the physical consequence of the destruction.

Together Loyola’s staff read and discussed the book, My Grandmother’s Hands (2017) and most have read White Fragility.  We are now more aware of our own racism, our white privilege and all the benefits we’ve had as white people. We know that we need to do our work!

Many others recently aware of racism want to bring about equity for all.  Three additional books might help in this regard.  First, Sweet Burden of Crossing published in December 2020 by Loyola’s friend, social activist and author Kate Towle, chronicles a 40- year friendship between a white woman and a black woman who begin their relationship in college in the 1980s. The friendship grows and develops as each sees and values the goodness in the other as they face racism together. They share their understanding of their cultural differences without judging them. Their relationship shows the need for individuals to face their racial prejudice and work it through. Sweet Burden is a compelling intimate story.

Caste (2020) by Isabel Wilkerson, Pulitzer Prize winner for the Warmth of Other Suns, who is black takes us into the dark history of our country’s racism from its beginning. Toward the end of the book, she describes an encounter in her home with a white repairman who at first shows his racism toward her. Later in a conversation sharing their mutual feelings surrounding deaths of loved ones they see each other’s humanity. People are just people regardless of their race.

Finally, How to be an Antiracist (2018) by Ibram X Kendi, shows how antiracism can be integral to all our dealings with people. Equity is possible when we strive to be antiracist. That means we support antiracist conversations, antiracist voting, antiracist community support and so forth. Antiracism is our way of being! It’s a challenging read as are the other books mentioned but well worth it.

One last suggestion is the movie Harriet.  During a several year period before the Civil War, Harriet Tubman led over 100 black enslaved people to freedom by prayer alone. 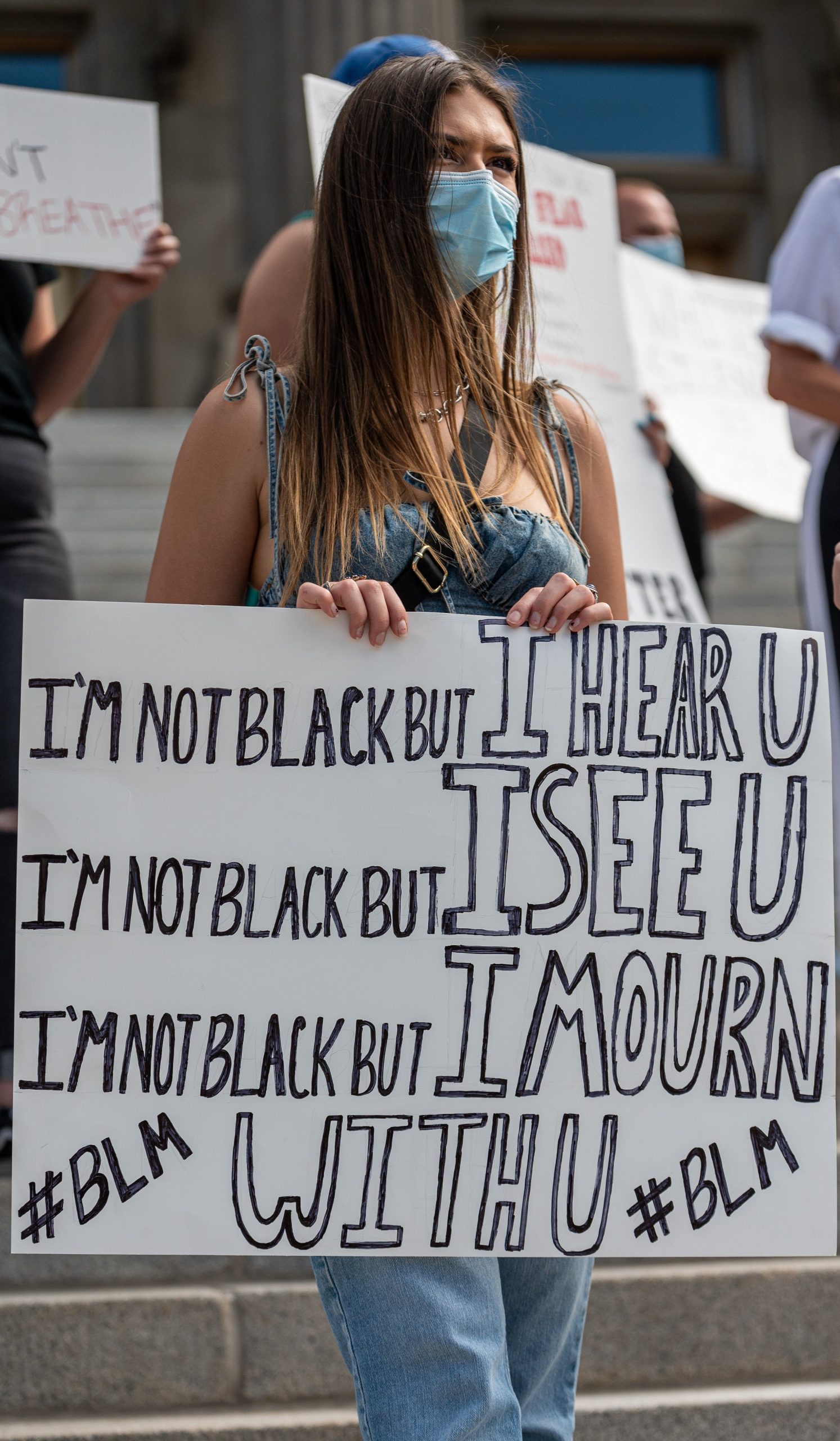